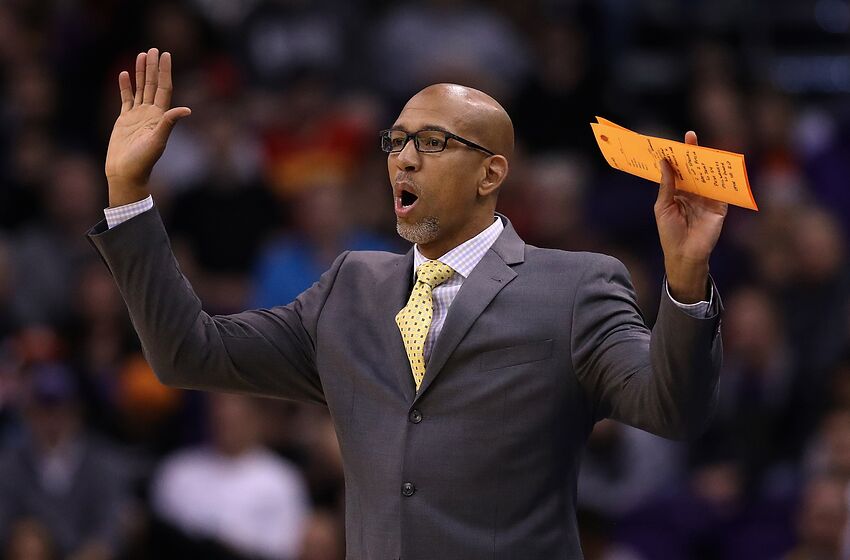 After the Phoenix Suns’ convincing victory of over the mediocre yet fascinating-to-watch Atalanta Hawks, the Fox Sports Arizona team conducted their typical post-game interview with the night’s star player.

Midway through Oubre’s interview, Head Coach Monty Williams decided to sneak in a little video-bomb, which is like a photobomb, but with motion.

Devin Booker screen-grabbed the moment and posted it on Twitter for the world to see.

This first-of-its-kind interaction is a microcosm of the energy, spirit, and joy Monty Williams has brought to the Phoenix Suns this season.

Could you imagine Igor Kokoškov doing something like this last season?

Granted, winning helps. It is fun to win, and surprising wins are even more fun. But this team, led by video-bomb victim, Kelly Oubre Jr., is all kinds of fun by itself.

Whether it is a pre-game mosh pit, Frank Kaminsky (somewhat effeminately) fanning himself off after hitting a 3, Jevon Carter wearing different colored shoes while getting the crowd fired up, or Aron Baynes just being Aron Baynes, this team is a special kind of fun.

Add this brilliant coach video-bomb to the long list of things to love about this team.

Monty Williams wants this team play loose, play with passion, and bring joy to court. It is one thing for a leader to say he wants something like this, but when he participates in the message, it means exponentially more.

Actions, as they say, speak louder than words.

What furthers this moment’s greatness is Devin Booker’s caption of the screenshot.

He’s right. This kind of energy is this team’s mood, not just after one win, but after the first 11 games of the season.

And if one tweet from the team’s star player wasn’t enough, both Kelly Oubre and Ricky Rubio re-tweeted the image. Rubio even added a the 100 emoji, as if to say he 100% agrees, or he feels this is 100% real.